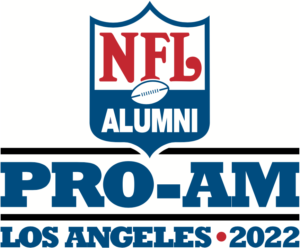 Running back who played in the National Football League for 13 seasons with the Indianapolis Colts and St. Louis Rams. He was selected by the Colts as the second overall pick in the 1994 NFL Draft, whom he was a member of for five seasons, before spending his last eight seasons with the Rams. Faulk was a member of the Greatest Show on Turf, a name given to the St. Louis Rams team that appeared in two Super Bowls and won Super Bowl XXXIV. In 2000, Faulk was named the Most Valuable Player of the NFL. Faulk is one of only three NFL players (Marcus Allen and Tiki Barber being the others) to reach at least 10,000 rushing yards and 5,000 receiving yards; he is the only one to amass 12,000 yards rushing and 6,000 yards receiving. Faulk was inducted into the Pro Football Hall of Fame in 2011.

American former professional football player who was a punter in both the United States Football League (USFL) and the National Football League (NFL). Landeta played 22 seasons in the NFL for five different teams between 1985 and 2006. He was named to the NFL 1980s All-Decade Team as the first punter and the 1990s All-Decade Team as the second punter, as chosen by the Hall of Fame Selection Committee members.

Former American football defensive back in the National Football League for the Dallas Cowboys, Tampa Bay Buccaneers, and New York Giants. In addition, he also worked as a color commentator and sideline reporter for NFL coverage on NBC and CBS.

First-round draft pick of the New York Giants and the second player selected overall in the 1981 NFL Draft. The 6-3, 237-pound linebacker set the tone for his pro career with an outstanding rookie season during which he recorded a career-high 133 tackles, 9.5 sacks, 8 passes Starting in Taylor’s first season, the Giants began a 10-season streak in which they made the playoffs six times and won two Super Bowls.